Bandcamp friday is upon us! It’s an excellent day to support artists by purchasing music. Though, I imagine a certain thought has occured to some..

I’ve purchased digital music, what do I do with it?

Let me get to that.. ever since the modern Internet took shape, streaming media became more and more common-place. It’s allowed us to instantously access so much music for very cheap, or even free. So, what’s the catch?

If you’ve followed the above conversation online, you’ll know that artists have become incresingly disallusioned with platforms like Spotify and others, paying a very insignificent cut for every streamed song.

The current world’s situation of COVID-19 pandemic is heightening this problem, where sources of revenue like performing in venues is not at all viable. And with the CEO of Spotify’s recent comments which displays how he views music on the platform he owns, it feels clear that most artists cannot live off the revenue from streaming services and that this reality is unlikely to change. And it’s unlikely to change precisely because large companies own and dictacte the rules of play for these platforms and (smaller) artists generally don’t have a say.

Reminder that Spotify pays musicians in fractions of fractions of pennies because our work is cheap, not special, and not neccesary.

If you disagree, consider buying our work directly.

The problem to solve is getting artists reasonably paid for their music. A simple way to solve that is to just buy music digitally from artists. Doing this, you’ll start to accumulate digital music files.

Say you’ve gathered a library of music.. you’d want to access them where you listen to music, like your phone. Maybe you have tablet, or more then one computer, and you want the same music accessable all over. A lot of file transfers..

This is sounding like a lot of busy work.. 😣

At this point, you might be inclined to go back to using apps like Spotify. After all, the convenience really is a big factor for why most of us still use streaming services.

So is this just the way things are…?

No!! There’s a way where we can be more ethical music listeners while at the same time not giving up on some conveniences of streaming!

A music server is, in short, software that handles your music library and adds the possiblity of playing it back remotely.

This describes platforms like Spotify pretty well. In this scenario (simplification), Spotify runs the music server and populates it with music that they’ve gathered using licenses. We get access to it via the various Spotify music players.

But by having defined music server as a general concept, comes the opportunity for alternatives.

Yes, there are loads of other music server software! And what’s more, I’d argue that to get started with a simple music server is not that hard!

I’ll get to some of the details and complications later.. but if what I’m describing here sounds interesting, I’ll introduce the easiest way to get going with start a music server of your own.

Out of all music server software, Plex really is the easiest one to start up with. It’s the one I’d recommend to anyone who want to start taking control over their music streaming.

To give it a try, you’ll need a computer with access to the media you intend to stream. Windows, Mac and Linux computers are all good. Go to the Plex website, create an account and download, install and start running the Plex Media Server software.

The setup afterwards are fairly simple. Before long, you’ll have setup an library that gets populated with music. With this now sorted, it will be possible to set up the related Plex app on your phone and tablet (iOS or Android) with your Plex account.. and your library should now be setup there as well! 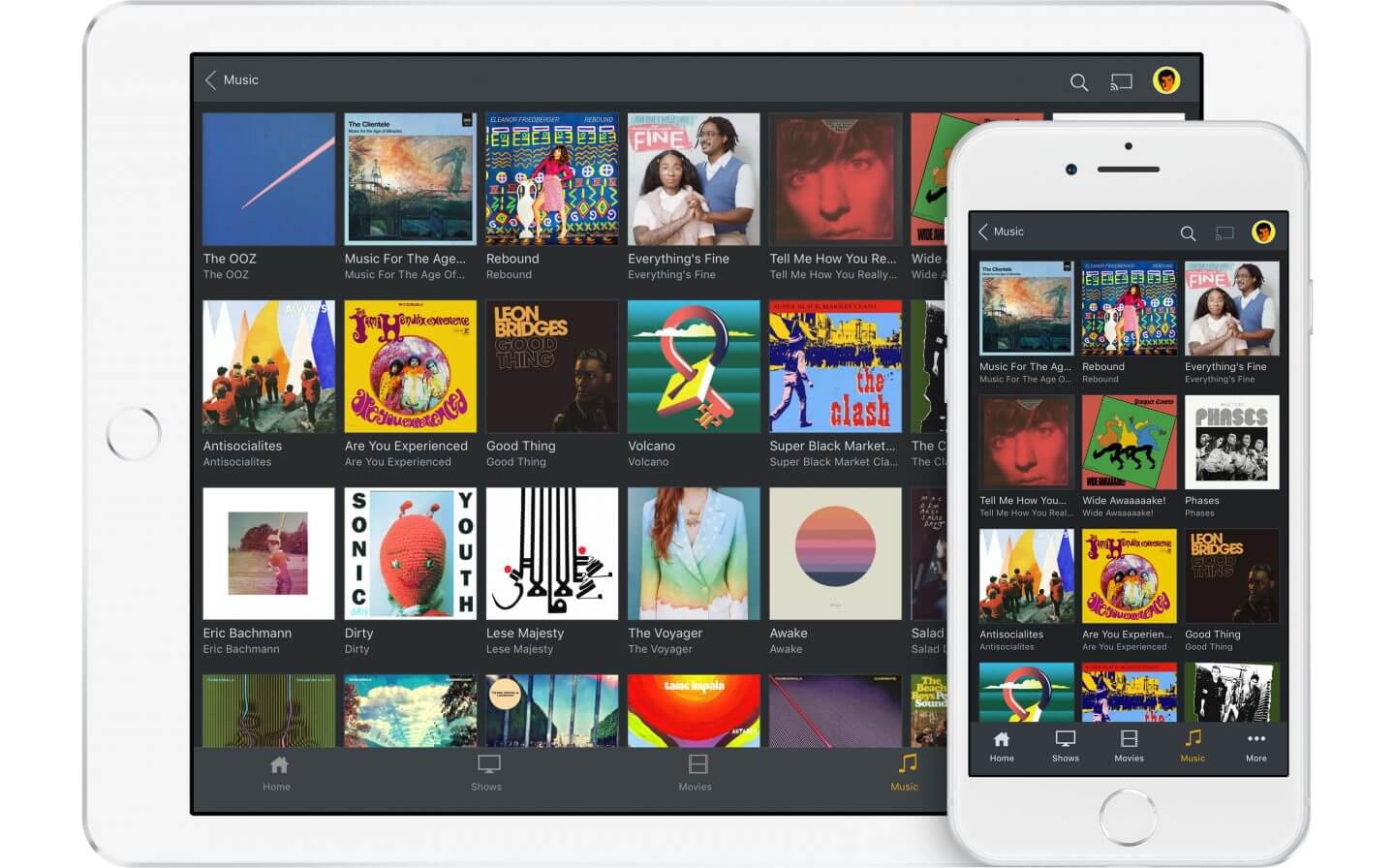 So here we are.. You’re accessing the music.. your music library! On multiple devices wirelessly, where you should be able to stream your music wherever you are, even over mobile data! If your network could handle it, you can even allow others access to your music server.

Do you get it? This is exactly the type of service that Spotify gives you! But made completely out of your own library! Gathered by your hand, purchased from artists in 100% a more sustainable way then the subscription model will allow.

As long as you use the music server, the library will stay the same. Music won’t just magically go away due to licenses. You own the music, you own the data. The ownership is yours.

It’s key to say once again that I recommend Plex for anyone first starting off with hosting their own music server. There’s certain things that you might’ve already noticed:

I’d still say that Plex Pass might be worth it for a test run, where you get certain features like offline sync and access to the music-only Plexamp that allows you to simulate something like Spotify more fully.. for cheaper then Spotify’s monthly cost ($5 per month).

With offline sync in place, I think you can have a reasonable experience. Even when the server software is not turned on (as long as you’ve synced the music, heh).

There are some truths that I’ve learned after having gotten into music servers:

The idea for this blogpost was to introduce the concept of reusing your own personal data in the form of music.. if you feel like you’ve gotten any inspiration from this, I’m happy! 😊

Please reach out to me on the methods in the About page if you have any questions.

Other highlights, my setup and special thanks

Before ending, I just wanted to highlight some stuff:

And here’s my personal setup!

Disclaimer: I have contributed development to some of these software projects

Sepcial thanks to Ivy Hollivana for inspiring this blogpost with her Twitter posts about Spotify. Please check out her latest release, ORION’S TULPA ❤